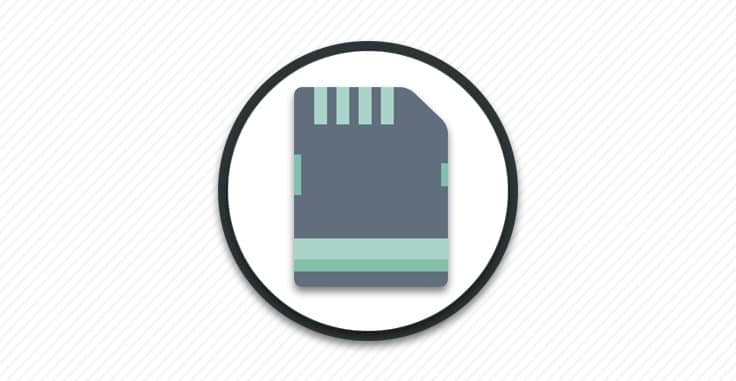 Memory cards are the most compact removable media that are used in various mobile and desktop electronics. This article will let you know about the existing types of memory cards, which will simplify the search and selection of current drives.

The most compact type of memory cards is 11×15 mm, so the use of microSD cards is widely used in mobile electronics: phones, smartphones, tablets, DVRs, IP cameras, photo and video cameras.

And the installation in SD and other adapters allows you to expand the scope of microSD cards.

SD cards are the first removable storage devices. In comparison with microSD, the physical dimensions are 4 times higher, 24×32 mm. But there is a switch to block writing data to the drive.

Due to its large size, the use of SD cards is limited to some digital photo and video cameras. At the same time, the drives are actively produced, albeit on a smaller scale in comparison with microSD.

CompactFlash cards, or CF for short, are the largest type of removable storage, 42×36 mm. Due to the high bandwidth, the media is popular in professional photo and video cards. CompactFlash cards also have a long service life due to the use of MLC flash memory chips.

Further development of CompactFlash. Cards are characterized by the highest throughput and price in comparison with other types, so they are actively used for serial shooting and recording 4K video, in photo and video technology. The base also uses MLC memory, which has a positive effect on the service life.

Which class of SD card is best?

The class of the card corresponds to the task to be performed. For video recording – VSC, for application startup – APC, for cyclic data overwriting – Endurance or High Endurance. The most optimal card for various tasks with speed class C10.

What class of SD card is best to use?

What is SD mean?

This is Secure Digital. A non-volatile memory card developed by the SD Card Association (SDA) for use in portable devices and popular storage media.

What are the best memory cards for digital cameras?

CFast or MicroSD cards with a writing speed of 90 MB or faster.

Which type of memory card is best for mobile?

Which is better SDHC or SDXC?

How many types of memory cards are there?

Do all SD cards fit all phones?

Are all SD cards the same?

SD cards have the same dimensions and pins for connecting to the device. Materials, memory type, data transfer rate, life span and other qualities are different.

Which is better SDHC or SDXC?

SDXC is better. The capacity of such cards can be up to 2 TB. Most smartphones and other electronics support the SDXC standard.

What is the fastest SDXC card?

The SanDisk Extreme Pro is one of the fastest cards, with a claimed data transfer rate of up to 170 MB.

What is the difference between SDXC and SDHC?

The difference is in the amount of supported memory. SDHC and MicroSDHC are 4-32 GB drives. SDXC, MicroSDXC are 64 GB to 2000 GB drives.

How long do memory cards last?

10 years or more, provided the data is not overwritten often.

Why are SD cards so cheap?

High demand and distribution contribute to the affordable price. In addition, SD and MicroSD cards have been in production for more than 15 years.

Which memory card is the best SanDisk or Samsung?

Both manufacturers produce quality drives. SanDisk has been on the market longer and has more experience.

Are CF cards better than SD?

They are roughly the same. SD cards are a wide choice with different parameters, which allows you to choose a fast and wear-resistant drive, just like CF.

How many types of flash memory are there?

What type of storage is flash memory?

The article contains current types of memory cards. Among the presented drives, the leading position is occupied by microSD. Due to its compact size, bandwidth comparable to CFast cards, as well as variations with MLC memory, microSD cards are considered the most promising and relevant. In addition, such cards win at price. And in combination with various adapters, they are suitable for use in any electronics.

What types of cards do you use? Leave feedback in the comments below the article.

Which is Better SDHC or SDXC?

How Many Types of Flash Memory are There?

Which Class of SD Cards is Better?

Why are SD Cards so Cheap?

What is RAM memory?

Please log in again. The login page will open in a new tab. After logging in you can close it and return to this page.